Guides and things for operating and repairing a DS6800

This is an knowledge base of various information about the IBM DS6800 that I hope will be useful if you ever need to repair one of these disk arrays.

The intention is for this site to be updated as new information becomes apparent or outdated. Right now the site is very much in a pre-alpha state and I hope to have more of a narrative down the road, but I thought it would be fun to share the story as it develops. This site grew from an article on the mainframe.dev blog. 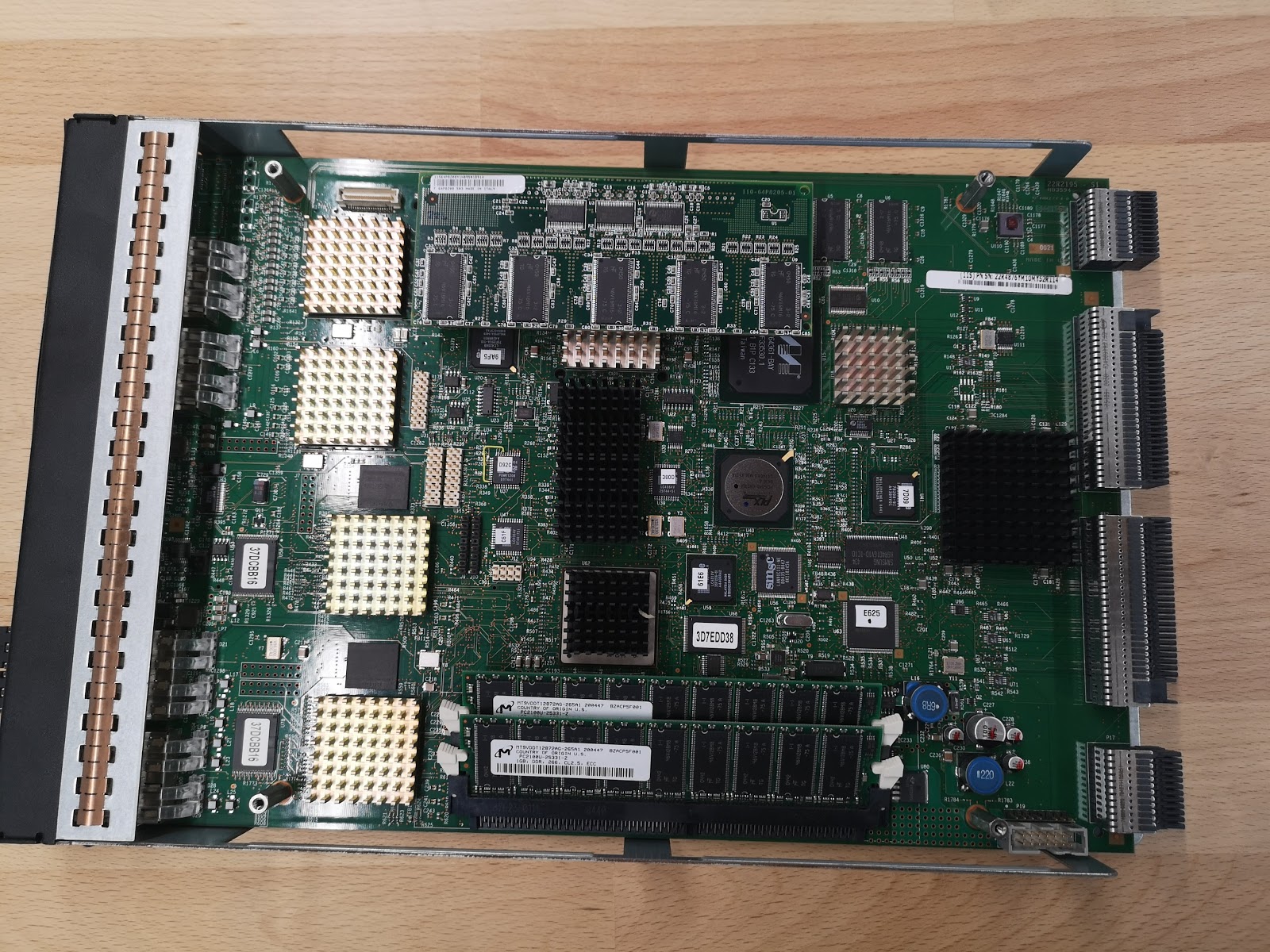 The DS6800 controller, our patient

For what it is worth, IBM calls the controllers and various other things sea related things which can be confusing. This is the translation for them:

This site consists of the following parts:

There are also some pre-compiled tools available.

This is still work-in-progress but is a representation of the current understood system diagram of a controller.

System diagram of a controller 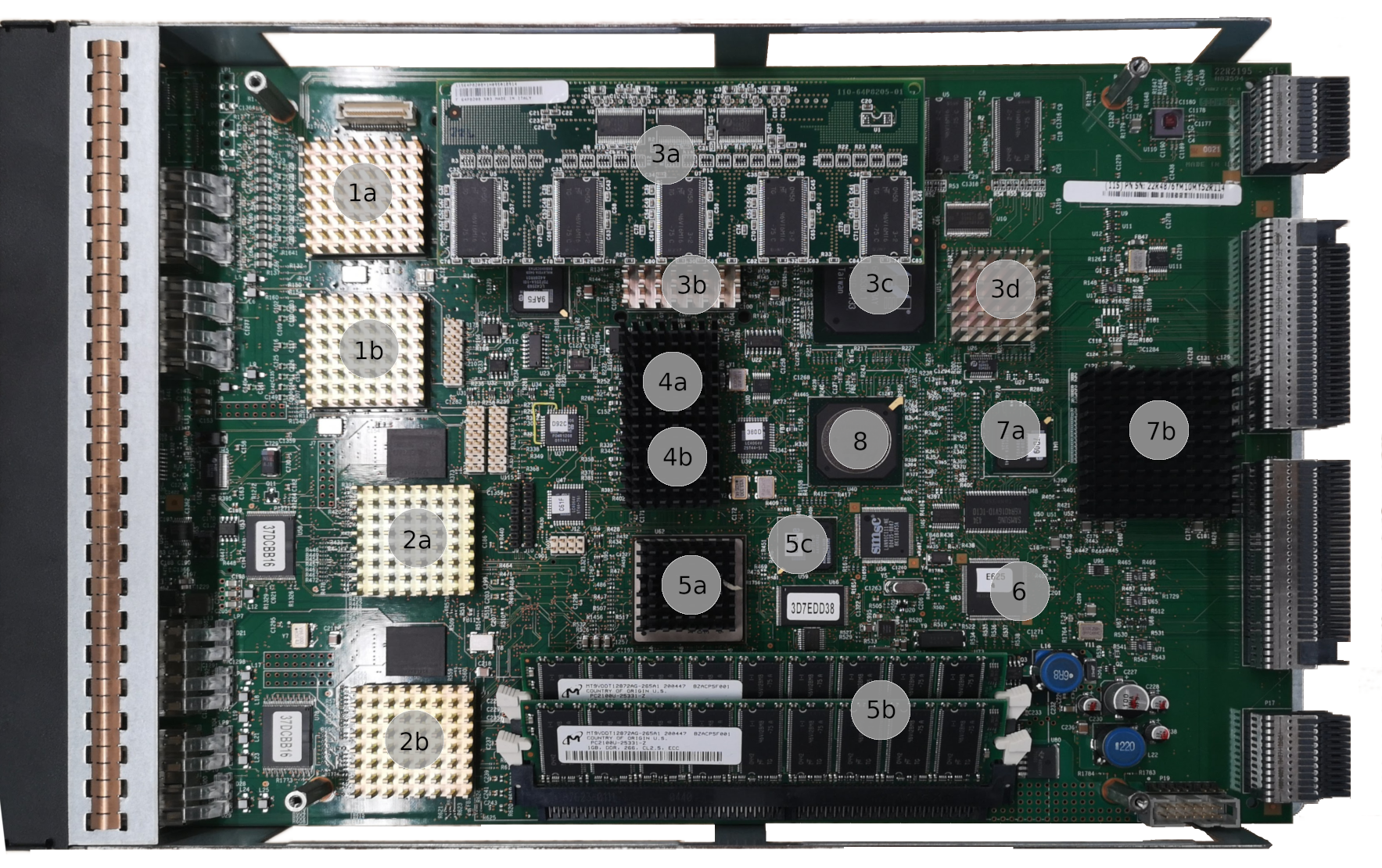 There seems to be some notable differences between some generation of components - most likely 511/522. The parts seems to be compatible, but there are some notable differences that make e.g. the 45W9585 nicer. See the photos below where the 22R4876 is compared to the 45W9585 - notice the front panel which is glued onto the earlier and is prone to come off when opening it up and otherwise handling it. 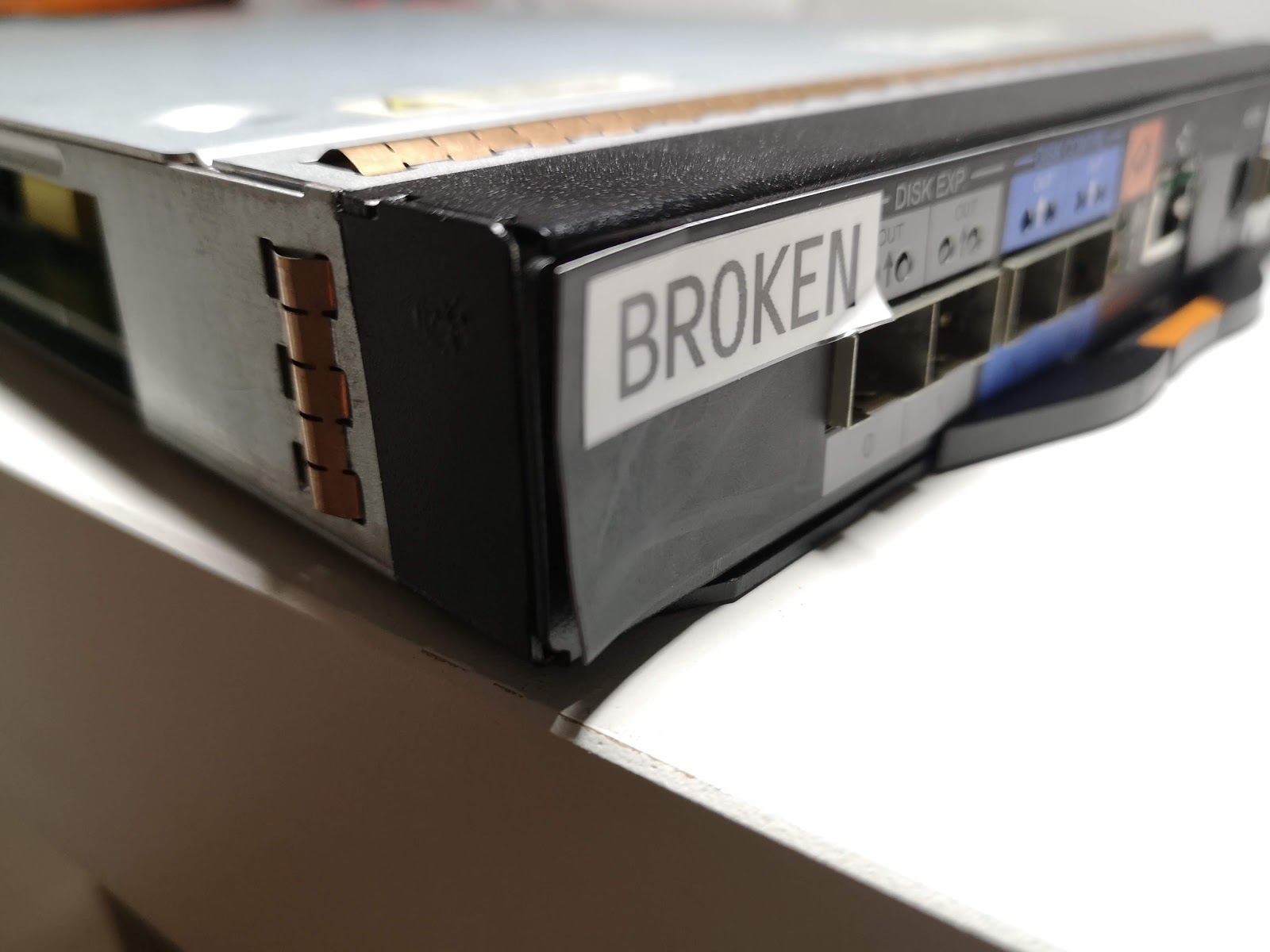 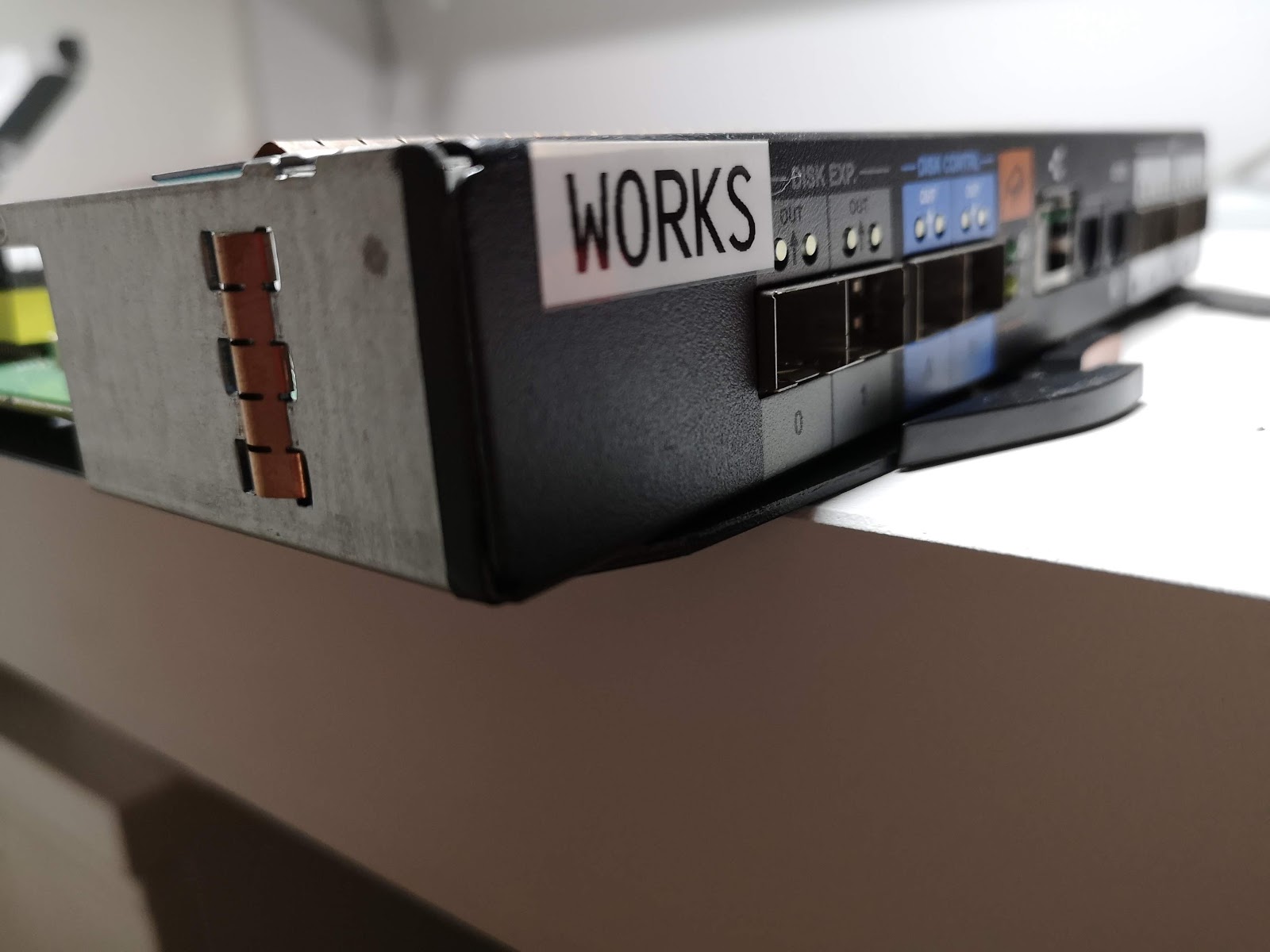 The controller itself has some different components and overall has a nicer look to it, so it is yet another point in the likely-a-later-generation column. 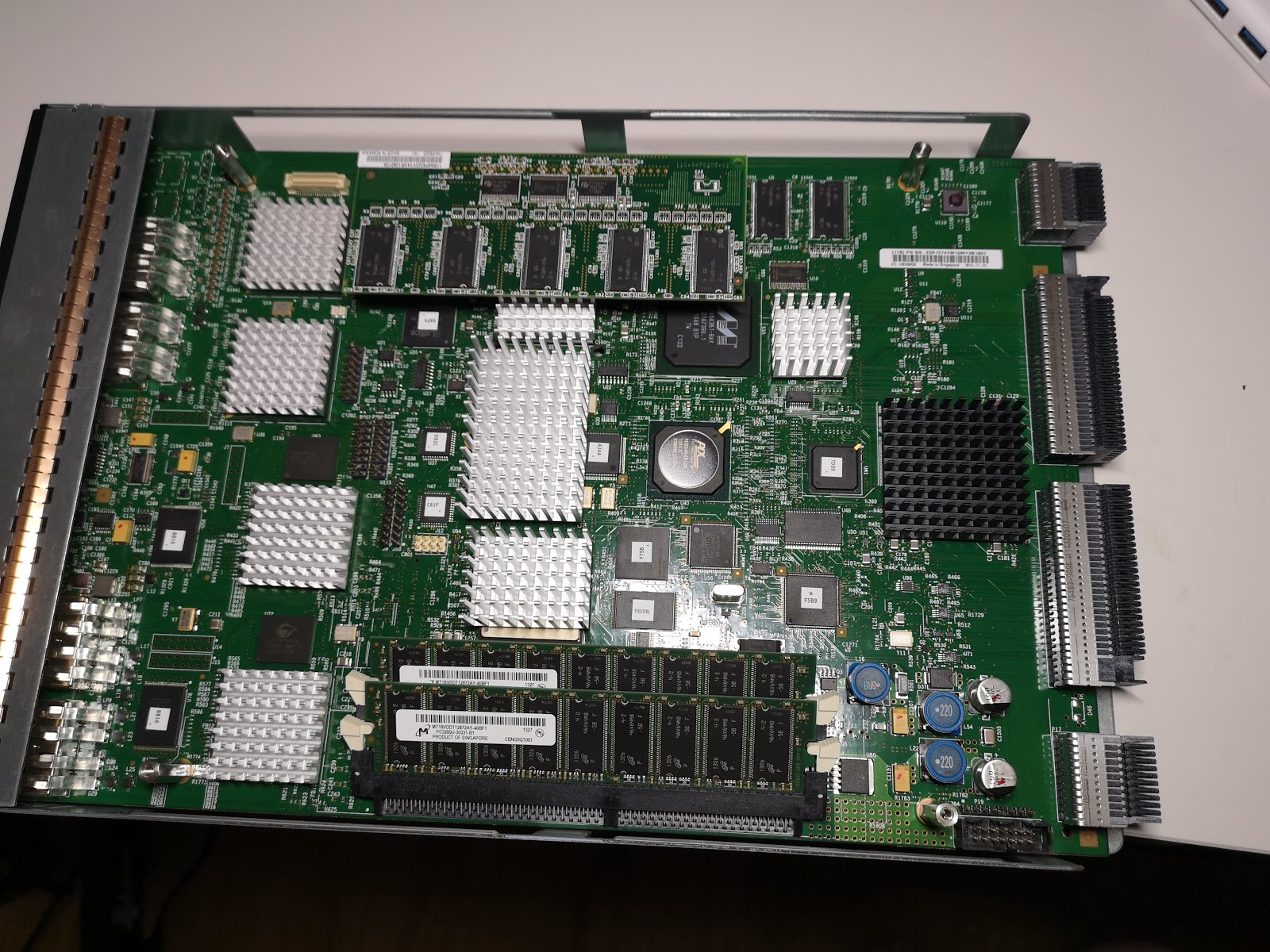 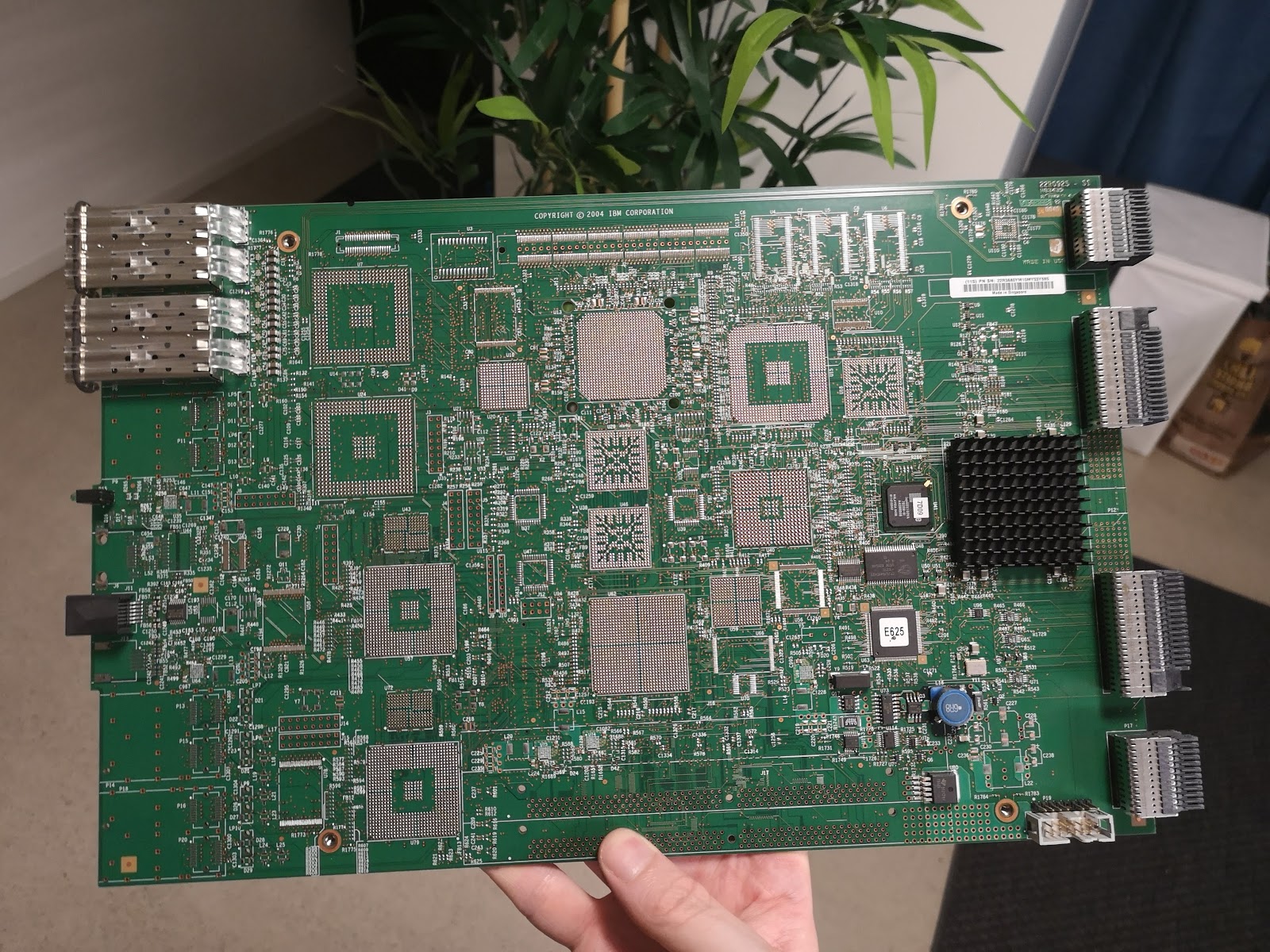 Notice the gap in the backplane connection.

The Kona controllers share a FC connection between them, which is most likely why the gap is present on Banjo controllers.

The processor cards must be able to communicate with each other when the server enclosure is powered on.

This means that there is no internal ethernet connection via the midplane. A peculiar design choice if you ask me.

The storage is rumored to be one of the biggest sources of pain on the DS6800. Thankfully the storage is slotted and removable, but sadly it is in the most inconvenient place imaginable. You might consider getting a CompactFlash extender, but I have no experience to share whether or not they work with this particular board.

Note when re-assembling the controller that the plastic LED light guide rods have a tendency to bend upwards, making the PCB ever so slightly not align with the screw holes. Pushing the light guides down one by one while gently apply pressure to push the PCB in I have found works for me. 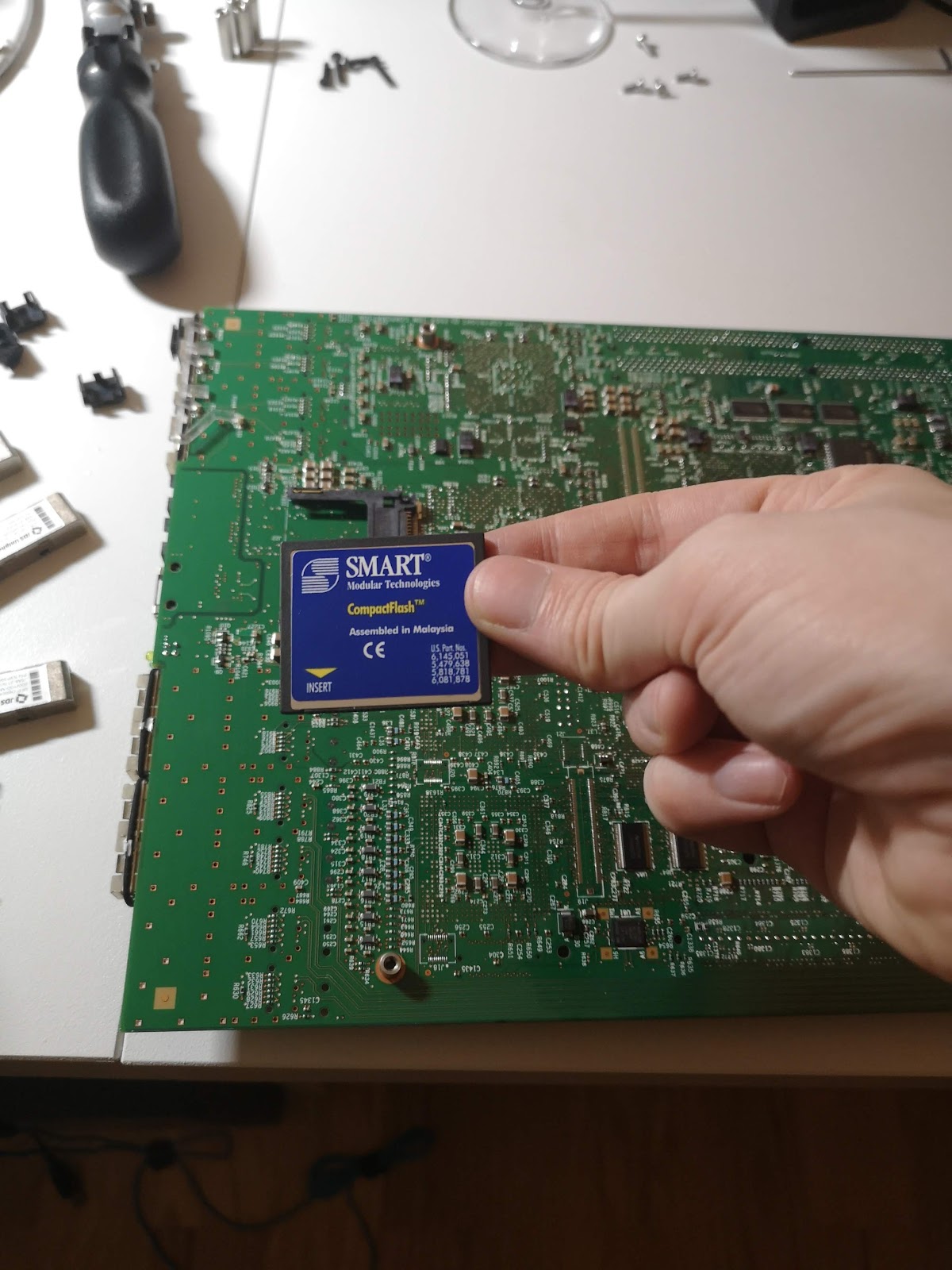 The CompactFlash location, underneath the controller

This is the mount table for reference:

The CF cards that I have tested with and the result:

When the system does not like the particular CF card you get messages that look like this:

One hypothesis was that this is related to the cards are trying to use (U)DMA but the wiring of the CF socket might be only for PIO. This page has some information about why this might be a problem. However as the SG9CF2G card also fails this is probably not true as it does not support DMA from what I can tell.

The connector is an RJ11 with 6P4C pin configuration.

The pinout for a converter between the RJ11 6P4C male to a DB-9 female is like this:

If you take the CompactFlash out and and check the filesystem you can easily find the shadow file. To save you the trouble and power to crack them, these are the passwords:

You can also get into the initrd if you want to do some other recovery or password resetting. This is done by typing the passphrase “r33f” when the “Loading Initrd…” is displayed.

This allows you to mount the root file system over NFS if you want:

The initrd seems to be obfuscated using a program called “foo” and I am not sure if it is stored in the zImage yet or written to some obscure flash portion - probably it is just in the zImage. Since it is not trivial to change the initrd I have not endeavoured to make NFS booting permanent, so running the system like this is not ideal as you would have to catch every reboot manually.

Inserting a HP 300G / 15K FC-AL drive into the backplane works and the drive powers on, so likely with some software modification the array can be made to work with other drives.

IBM usually makes some great documentation, and this is true here as well. I recommend these links in particular.